This week over at the Forbes column [access it here], I discuss an article in the new volume of the Journal of Late Antiquity (10.1) It is a great piece of scholarship written by ancient historian Feyo L. Schuddeboom and is called “The Conversion of Temples in Rome.” The article effectively uses archaeological evidence for temple conversion within the city of Rome during the period of Late Antiquity (ca.300-800 CE in this case) in order to further dismantle the myth that all Roman temples were smashed to bits by angry pagans. Using the case study of Rome, Schuddeboom also suggests that temples being converted to churches was usually a pragmatic act rather than one meant to demonstrate the “triumph” of Christianity over paganism.

The article has a helpful map within it. It was also a great excuse to insert some pictures from Santa Maria Antiqua; a 6th century church in the Roman Forum. I was lucky enough to be able to see this converted quadriporticus church near to the ramp that leads up to the Palatine from the Forum Romanum and to glimpse at its recently restored frescoes (see images below).

Enjoy these photos and this amazing new issue of the JLA. If you care to read about another converted temple in Rome, feel free to read my article on the history of Roman Curiae. The Curia Senatus was a Roman temple and also the Roman Senate House–since senate meetings could only technically be held within a consecrated space in the city of Rome. 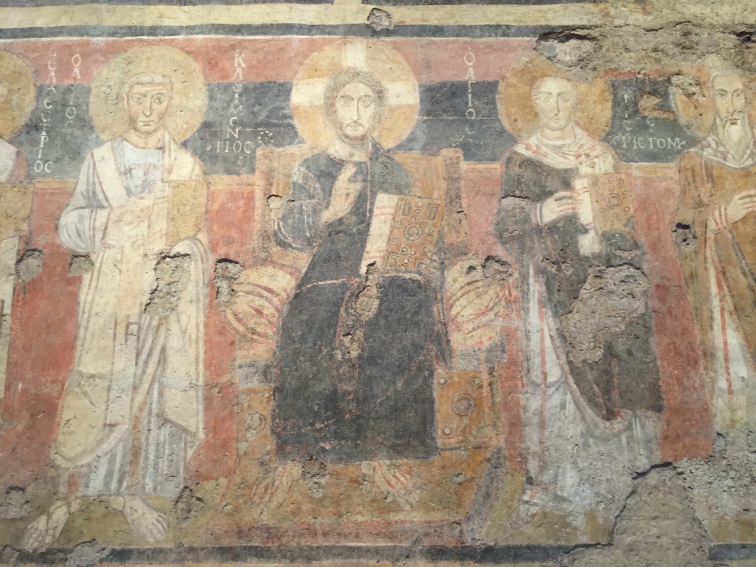 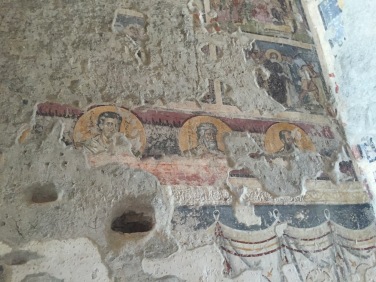 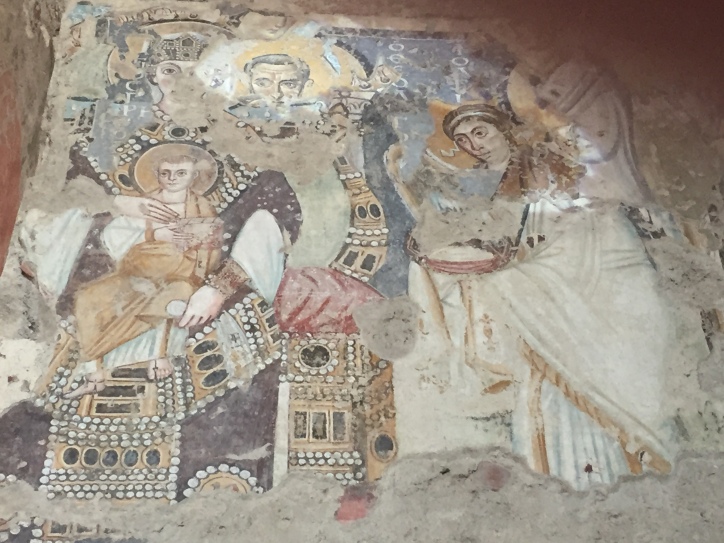